The Pz. Kpfw VI Tiger II was a German heavy tank, the biggest and the heaviest tank in World War II. The name ‘King Tiger’ which was popularly used, was in fact incorrect. Königstiger means ‘Belgan Tiger’ in German. Tigers II were first used in the eastern front in 1944. The armor used was very thick which is what made it almost impossible to be damaged by the enemy. Its weight and size made the tank somewhat immobile and it used a lot of fuel which the German lacked at the end of the war.

This historically accurate block model has a rotating turret, a barrel that moves up and down, 2 operable trap doors and bonnet. The tank is equipped with a pickaxe, spare tracks, a shovel and chain. The pad prints on the tank are authentic symbols from the 505th Heavy Armored Battalion fighting in East Prussia. 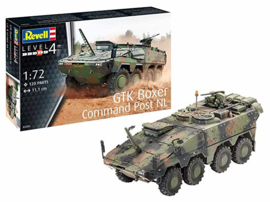