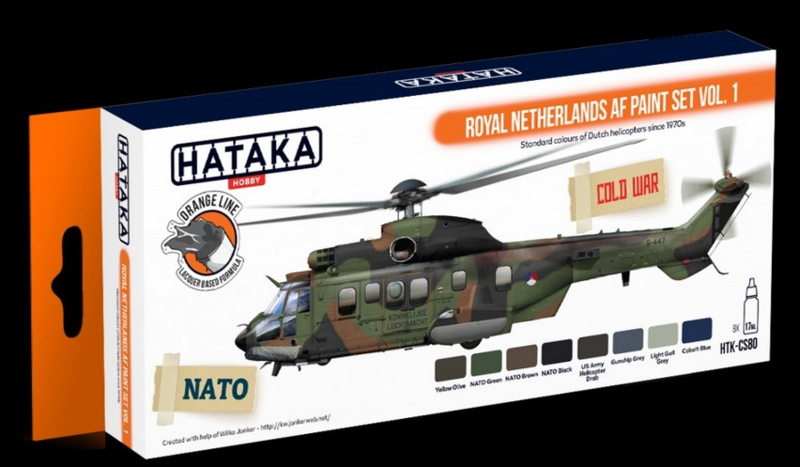 Contains the following colours (lacquer based paints, optimised for use with airbrush):