The F/A-18E Super Hornet is a building-block model from the film released under the original TOP GUN: Maverick™ license. Legendary U.S. Navy pilot and instructor Pete "Maverick" Mitchell flies this aircraft with its distinct markings. In anticipation of the release of the film, you can now build your own Super Hornet on a model scale of 1:48. The model has been faithfully created from 570 COBI building blocks. In the set you will find high-quality prints and stickers accurately reproducing the original painting of the film’s aircraft. The model is equipped with a movable canopy and rotating wheels. Under the wings there is a large arsenal of weapons. In the cockpit you can seat the special block-pilot. It also includes an elegant block display stand and a plaque containing the name of the aircraft and the film logo. This exclusive licensed kit is certainly a great gift idea for builders of all ages who are movie fans, both of aviation and military movies. It looks perfect in an elegant office or in a teenager's bedroom.

The Boeing F/A-18E Super Hornet was a U.S. Navy multi-role aircraft commissioned in the late 1990s as an enlarged and upgraded version of the F/A-18C/D Hornet. The Super Hornet replaced the F-14 Tomcat fighter aircraft used by the U.S. Navy until just recently, as well as other specialized aircraft. It is one of the most modern aircraft of the U.S. Navy. 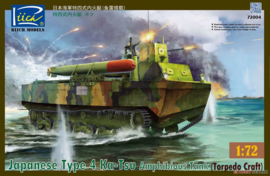